One little spark
of madness

This interview was originally published in Rugged — a magazine about running, packed with honest, unfiltered photography and inspirational stories.

Before they're heading out to their weekly fun run, I'm meeting the FatBetty.Run founders at the running crew's headquarters, Independent Café on Boulevard Roosevelt. FatBetty.Run has - since its creation two years ago - gained a lot of attention, bringing together athletes from all over the world and focusing on the social, non-competitive aspects sports has to offer.

The concept is simple: Show up on Thursdays after work, run Luxembourg City's impressive routes together and enjoy a beer in good company after that. I'm chatting with the four best buddies about their passion for running, the successful cheering zone they elaborated for the 2019 ING Night Marathon Luxembourg and about making new friends along the way.

First, I want to know how the guys came up with the idea and the name for their running crew. "FatBetty.Run came to be rather organically", explains Dan Thuy . "We noticed that basically every larger city has at least one running crew, which is not necessarily the same as typical running groups. If you talk about running crews, you are talking about a bunch of people who enjoy running together, of course, but there's an additional social factor, for instance: going for a drink afterwards, attending some event after the run or just meeting new people."

The guys felt that Luxembourg was lacking this casual kind of running experience. "Besides your regular running group, you were not able to find anything, let's say 'sexier', at the time", says Dan. "Of course we needed a cool name, something that would reflect our crazy selves, so we definitely didn't want anything with 'Lux' in it. You see, there's a hill in Steinsel , where some people go to train their hill reps." The hill has a 23-percent incline, the group explains, so it is an ideal training spot that attracts numerous professional athletes.

Dan continues: "I'm tracking my units on Strava and instead of just putting 'big mountain thingy in Steinsel', I decided to give it a juicier name: 'Fat Betty'. From there, it wasn't long until we decided to name our running crew 'FatBetty.Run'. It definitely sounds better than 'Luxrunners' and people are super curious to know more about how the name came to be, so we're definitely getting people's attention."

FatBetty.Run started out as a fun project between best buddies who wanted to share their passion for running with other like-minded people, as Yves Mentz explains: "In the beginning, it was a small group, just a handful of people, really. Today, we have up to 50 people who participate in our weekly fun run."

The running crew is proud their get-together attracts numerous international participants, too. "We're an international crew", says Yves. "Some people - instead of sitting in a tourist bus being driven around from site to site - prefer tagging along with us. Our routes take them through our stunning capital and we can even make them discover little lesser-known gems along the way. I'm a bus driver, so I know Luxembourg City pretty well. Every week, there is at least one person who will tell you they'd never seen this part of the city before or they hadn't known this street would lead there, and so on. All that makes it so much more interesting. Plus, you make a lot of new friends."

With their enthusiasm, humour and general laidback attitude, the four guys have brought the best ingredients to the table in order to make their running crew a success. It is evident that they put a lot of work into it, as well: The FatBetty.Run founders invested in promotional goods, and Guido Kröger proudly shows me one of their customisable shirts. "There are orders coming in from outside of Luxembourg, too. People are really excited about the shirts", Guido says.

"We wanted to do something that's a bit more casual. FatBetty.Run is about having fun. It's free. Everyone is welcome to join us. We're running each Thursday, no matter the weather conditions, and it is certainly not a competition. People are really fond of it, and we have not cancelled our weekly run a single time."

The group is usually running 10km in one hour, plans enough time to take some cool pictures, and makes sure to enjoy some food and drinks together after the run. "It's really as easy as that. People love it", Stephane di Carlo laughs.

"We are aware that Luxembourg remains a small city", he continues, "so naturally there are not millions of routes you can take. However, we try to add as much variation to it as possible. If it's super warm outside, we'll opt for routes that take you through the shade, to Hesperange through the forest for instance or we might simply jump in the Pétrusse to cool down. It's also a really nice feeling to run through the Kinnékswiss in summer. People hang out there drinking and chilling, and each time we're running past, they would cheer us on. Also in winter, you have many really stunning options. Take the route past Mudam, for instance. Imagine 50 people with their respective lights, running down those windy paths in the winter darkness. It's amazing. It might be a bit more demanding than your usual run, but it's definitely worth all the extra effort."

On some occasions, the FatBetty.Run crew also travels together. "If we see that there's a marathon happening somewhere, and we want to participate, we'd just go with the crew", says Stephane. "We've been to Paris, Warsaw, Marrakech and Vienna."

During the 2019 ING Night Marathon Luxembourg, the FatBetty.Run crew has gone all out for their cheering zone. "It's basically a place in which friends and family of the participants are gathering and having a good time", explains Guido. "In Copenhagen, I saw a cheering zone that used pyro effects and great music, they were on fire! It inspired us to come up with our own cheering zone. We got in touch with the organizers of the ING Night Marathon Luxembourg, and discussed what we could contribute to the part right after the Rout Bréck." The Boulevard John F. Kennedy is deceptively steep and lengthy, so the crew members felt that the runners would need an additional push - especially at that moment in the marathon. "Keep in mind that from there, you still have 4km until the finish line. So we wanted to come up with a special treat - for runners by runners", Guido explains. "We secured a really prominent spot right in front of the Philharmonie, where we put up our Phil’station “.

For their spectacular project, the FatBetty.Run crew received help from many different partners, such as egb.lu as sponsor of banners, beach flags and the 2 hydraulic platforms; Pro Musik, who supplied some badass music equipment; grooveAttaxx, who provided the DJs; and Enovos, making sure that the cheering zone had the electricity it needed. "Guido also produced 1200 cheering boards we distributed at the running expo", Yves adds. "It was great to see supporters holding them up pretty much everywhere along the marathon. Our friends from the Independent Café took care of the catering and Diekirch sponsored 150 litres of beer that we handed out to the runners. Some participants even made a detour to get a beer from our cheering zone. You know, it was a very warm day, and after countless isotonic drinks you're kind of craving a fresh cold beer." Although a beer might not be the first drink of choice if you are determined to finish the marathon under three hours, however, "many of those who were taking three and a half or four hours were happy to take advantage of our cheering zone and the refreshments we were providing".

The FatBetty.Run crew stayed until the very last runner came past their checkpoint, cheering them on and celebrating their hard work. "It was so rewarding to be able to give the runners the push they needed to attack the remaining few but hard kilometres", Guido reminisces. „It was more than one little spark of madness!“

This interview was originally published in Rugged — a magazine about running, packed with honest, unfiltered photography and inspirational stories. 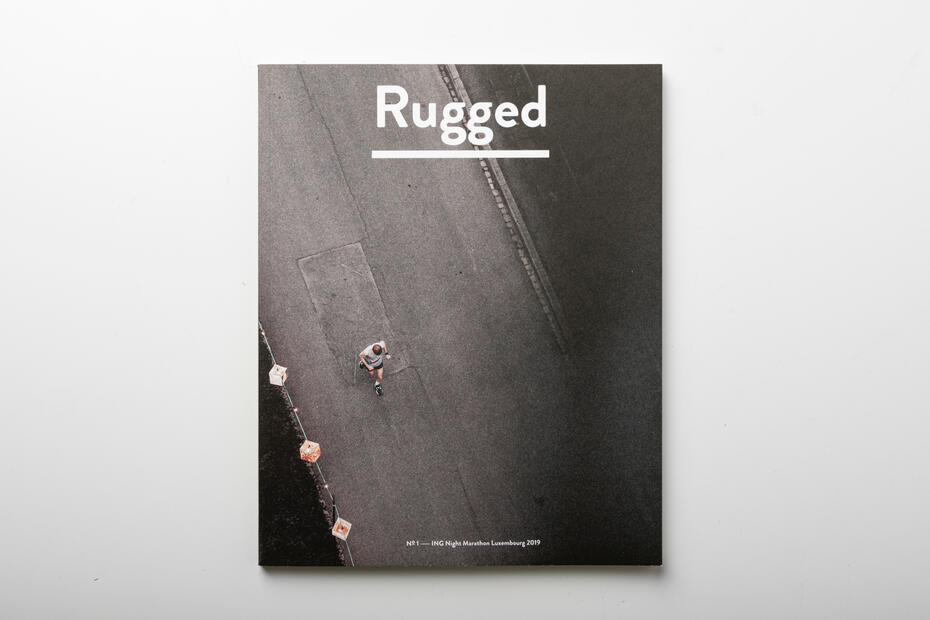